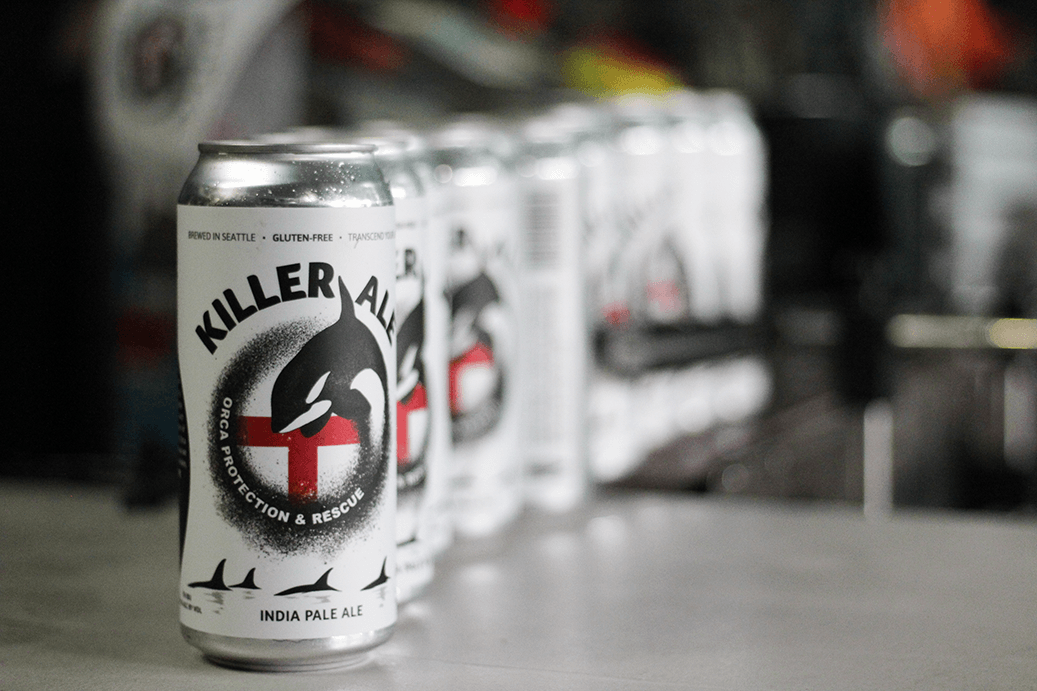 Founded in 2018 by Captain Hobbes Buchanan, Orca Protection & Rescue (OPR) is dedicated to the protection and rescue of all marine wildlife in the Salish Sea, by reducing private and commercial vessel harassment, assisting with strandings and entanglements, and removing ghost fishing gear, marine debris and plastics.

“I met Captain Hobbes while I was a passenger on his whale watch tour boat last summer,” stated Ghostfish Co-Owner Brian Thiel. “What I learned about the Southern Resident Killer Whales (SRKW) that day from Captain Hobbes left me pondering what I could do to help improve their survival.”

After learning that Brian was an owner of Seattle-based Ghostfish Brewing, Captain Hobbes contacted Mr. Thiel a few days after their initial acquaintance. He shared more about OPR and what the organization was doing to help save the whales and wildlife in the Salish Sea.

“Brian seemed like he really cared about the whales so I decided to approach him with this partnership idea. Who doesn’t love whales and ales….it just seemed like a match made in heaven….and a great way to raise funds to help save these magnificent animals. Orca whales are looking like the canaries in the coal mine. If we don’t act now to save them, we humans are the next to go,” stated Captain Hobbes.

“Orca whales are looking like the canaries in the coal mine. If we don’t act now to save them, we humans are the next to go.”

Join Ghostfish Brewing and members of the OPR organization to celebrate this partnership and release of Killer Ale IPA at an educational themed launch party on March 9, 2019 at the Ghostfish Brewery Taproom, between the hours of 2 – 5 pm, located at 2942 1st Ave S., Seattle, WA 98134. $1.00 of ANY beer bought that day will be donated to the OPR towards fundraising efforts.

Representatives of the OPR will be speaking on various topics pertinent to their organization’s mission as they relate to the SRKW population of the Salish Sea. The main topics they will be addressing include food, harassment, noise, and marine debris and plastics.

Killer Ale IPA will be available in limited 16oz can 4-packs and on draft at the Ghostfish Brewery Taproom and at select retail locations throughout Washington. 10% proceeds from the sale of Killer Ale IPA benefit the OPR.

“With the Killer Ale IPA project, we’re hoping to inspire many others to make small positive steps to help our environment.”, stated Mr. Thiel. “The Killer Ale IPA cans will be held together in a 4-pack carrier made of eco and animal friendly paper-based beverage board material from Fishbone Packaging. A small, yet important step for Ghostfish Brewing to be more environmentally responsible.”

“With the Killer Ale IPA project, we’re hoping to inspire many others to make small positive steps to help our environment.”

Captain Hobbes Buchanan was a former whale watch tour operator (for 18 years) who in 2018 realized he was part of the problem regarding vessel noise and harassment. He started OPR in the Fall of 2018 as a non-profit dedicated to the survival of our endangered SRKWs and all marine wildlife in the Salish Sea. Learn more and donate at www.orcaprotection.org and www.facebook.com/OrcaProtection/. Almost one year ago, we opened the doors to the first and only fully gluten free craft brewery in Seattle. Our mission was to create innovative craft beers, using ancient grains like millet and buckwheat. The whole team has been hard at work for the last year and it’s about time we celebrate. We’re doing so in a lot of ways, including releasing a limited edition First Anniversary Russian Imperial Stout. END_OF_DOCUMENT_TOKEN_TO_BE_REPLACED Join us in our first ever Ghostfish Scavenger Hunt! During the month long competition, visit participating retailers and complete a task or answer a question. They’ll initial once you’ve completed and give you a letter. The letters can be unscrambled to answer the bonus question. END_OF_DOCUMENT_TOKEN_TO_BE_REPLACED

(Seattle, WA/Portland, OR) The U.S. is filled with lots of great craft beer cities with many new markets emerging each year. The Northwest is home to arguably two of the most prestigious craft beer cities this country has to offer, so it should come as no surprise that the two best dedicated gluten-free breweries call the Northwest home.

END_OF_DOCUMENT_TOKEN_TO_BE_REPLACED Spend part of your week enjoying all things Seattle Made! We are incredibly excited to be a part of a few events during the Seattle Made Week with some very talented brewers, retailers and restaurants. It is amazing to be a part of this city and community of supportive like-minded businesses and we’re looking forward to sharing our passion with you during this week-long celebration!

Here is a summary of where you can find us throughout the week – all events are also posted to our events calendar:  END_OF_DOCUMENT_TOKEN_TO_BE_REPLACED 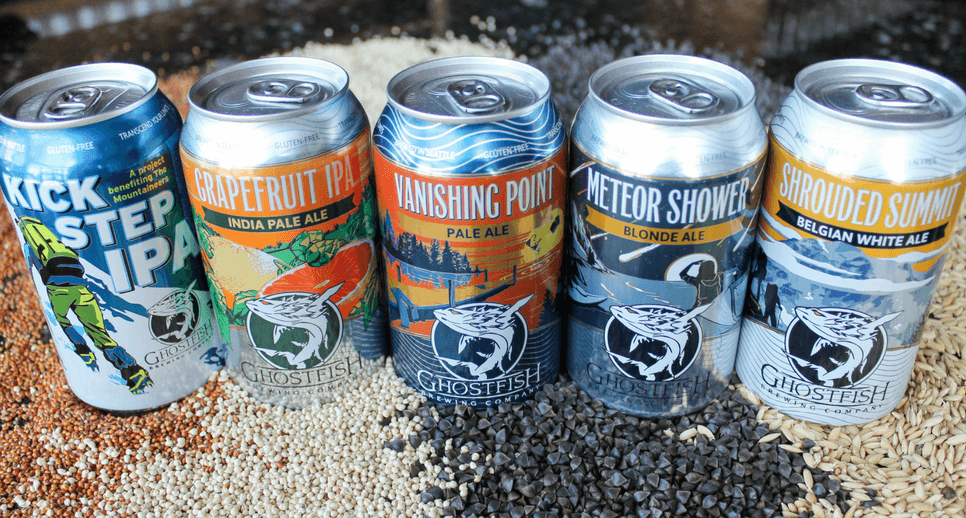 We’re getting very excited for this weekend’s festivities at the South Sound Craft Beer Festival! We’ll be in attendance along with about 30 other quality Washington breweries!

Join us at the Tacoma Dome (indoor in case it rains) from noon to 6 pm. There will be beer, food and music, three of our favorite things. Purchase your tickets in advance to save $5. See you there!