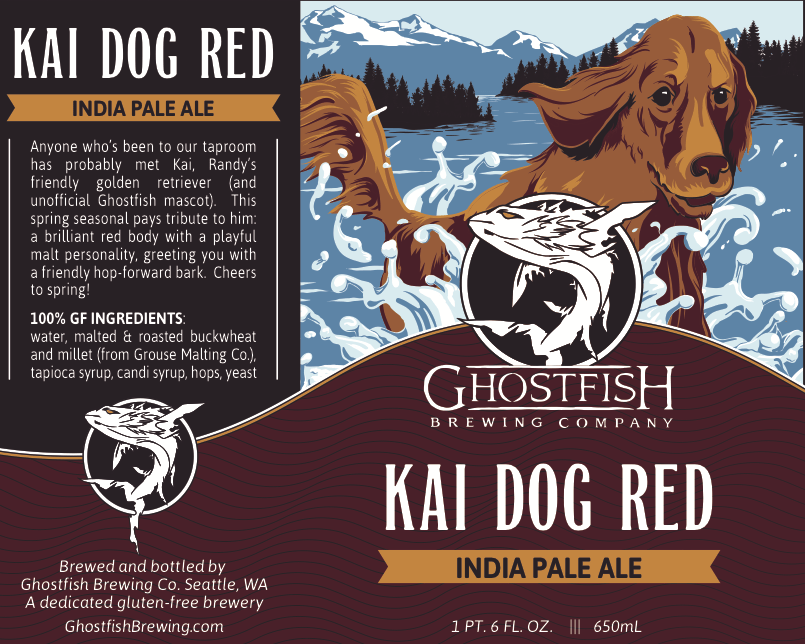 Ghostfish Brewing Releases Kai Dog Red IPA
Seattle, WA – They say that a dog is a man’s best friend. One dog, in particular has become the friend of many who have visited the taproom of Ghostfish Brewing Company.