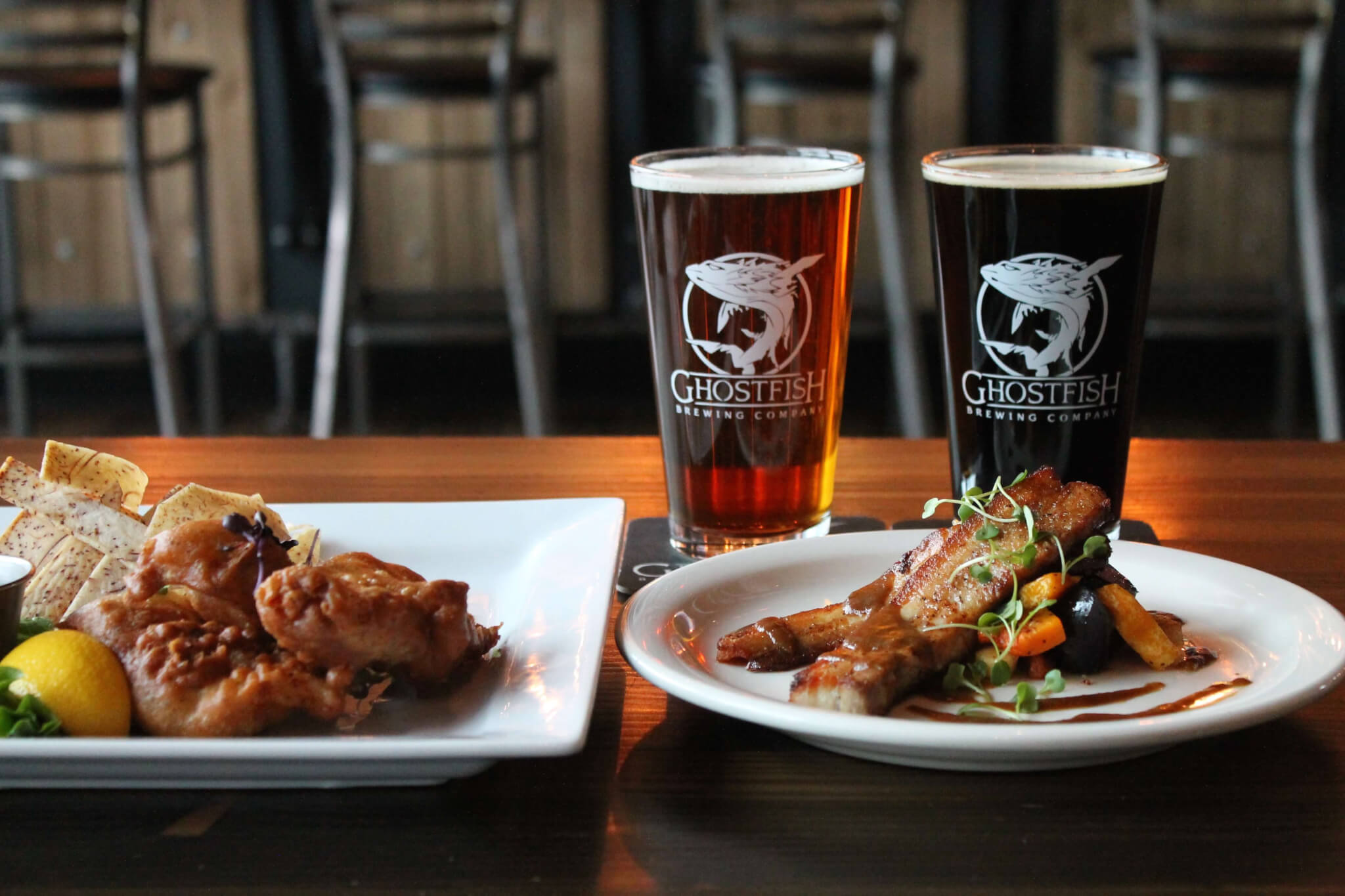 Seattle, WA – Seattle’s Ghostfish Brewing is unveiling a full restaurant at their Sodo location, 2942 1st Avenue S.  “We are excited to finally make this happen” says Ghostfish co-owner Randy Schroeder.  “We’ve planned this from the beginning, the timing just needed to be right – and the timing is right now.  Our new chefs Michael Bockelmann and Lisa Wildrick have some amazingly creative ideas for our menu – items that will change weekly as well as some solid ‘flagship’ plates including street tacos, pork sliders, ceviche, fresh oysters, paninis and a very special Ghostfish & chips.”  There are also plans to offer vegetarian and vegan options.

The public opening is set for Thursday, July 14.  The current hours of 3-9 pm weekdays, 3-10 pm Friday & Saturday and 12-7 pm on Sunday will stay the same, but there are plans for occasional brunches and game days specials.  Catering may also be part of future plans.

Ghostfish is family friendly (under 21) until 7 pm and dog friendy all hours.